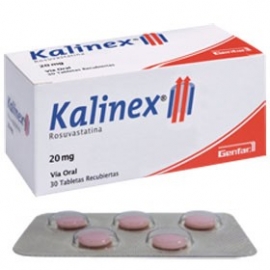 Get It Started:
How to snag a summer internship with a start-up

Entrepreneur (n): A person who organizes, operates, and assumes the risk for a business venture.

Am I an entrepreneur? Probably not, based on the definition above. But I have always aspired to be one. When I joined Wharton last year, I had decided to structure my Wharton experience around entrepreneurial pursuits. So when the time came to search for summer internship, which was as soon as we had set our foot in Huntsman hall (-:, I focused all my energies to finding companies where I would genuinely love to work.

I had a three simple constraints: one, it had to be an early stage venture; two, it had to have a small team; and three, they had to be in the bay area. Finding such an internship is a big challenge, perhaps bigger than snagging the summer with Goldman Sachs or McKinsey & Co. Early stage start-ups can almost never afford to have a structured internship, and most that I approached were not even venture funded. They had no plans for hiring an intern.

Step one, use the rich set of resource at Wharton to gain a warm referral. And by resource I mean not just the ones at available at Wharton Entrepreneurial Program like the Start-Up night, the Panels and Brown-bag session, the Entrepreneur-in-Residence etc. (which by the way are simply phenomenal and should be heavily leveraged) but the entire Wharton network including the alums, faculty, seniors, classmates and even the undergrads. Yes, you heard it right, the undergrads too.

Step two, rather than approaching the start-up with a resume and a cover letter, I approached them for a discussion armed with what I thought was their current problem and a possible solution. This worked great, in getting the conversation started. Being able to talk of potential solutions provided instant credibility even if the solution itself was off target.

Step three, be patient and flexible. Realizing that these start-ups will not be able to make an offer in the DIP time frame, I waited. I expected to see action in late March or early April, and that meant I had to keep multiple companies warm until then. The uncertainty around the summer offer and in some cases the existence of the company itself is high, so it helps to have a few options.

Having imparted all my recently gained wisdom, I must confess that finding the opportunity at Kalinex had a huge element of luck. While participating in E-Trek to San Francisco during lunch I happen to sit next to the Wharton alum, who was VP of Business Development for Kalinex. They were an early stage nanotechnology start-up commercializing IP spun out of UC Berkeley, which replicated sense of smell in devices. The idea seemed intriguing so I asked a few questions, but I had no background in that domain so I figured I did not stand a chance. Also at that point I had a couple of offers from “typical” valley start-ups. My conversation with the Wharton alum led to an exchange of emails, which led to a meeting with the CEO on my next visit to the bay area and that turned into an offer.

Summer at Kalinex provided great exposure to the strategic as well as operational aspects of an early stage company. Working with a talented, motivated and down to earth team has been truly fantastic. I never felt like an intern–I was part of the team from day one. I participated in every deliberation along side CEO and advisory board and was consulted on many strategic decisions. Should we spend time investigating a particular market? Should we raise money from a brand name VC or go for another round of angel funding and retain more control? Should we accept a particular covenant in the term sheet? Should we negotiate harder on a new lease? I was part of the decision-making and truly felt empowered.

It felt great to know that my contributions have a positive impact on the company. To me, that is what entrepreneurship is all about.