Slowing the Rising Tide of Early Internship Recruiting at Wharton

At the Wharton School, undergraduate students are unsurprisingly laser-focused on career preparedness, as well as landing their dream gigs right out of college. Summer internships, especially those for rising seniors, aid very directly in full-time job placement, acting, more often than not, as “try ons” for both the firms and the students.

Such high first-job expectations require hard work and grit to fulfill, which adds extra weight on students’ shoulders, not only to “get good jobs, but to get good jobs early in their college careers,” explains Wharton Dean Geoffrey Garrett. That pressure was only heightened in the past year or so as several banks increasingly inched up recruiting schedules — to students’ sophomore years.

“We got to this absurd extreme where a firm wanted to try to lock students up for internships that would start in 21 months time, at a time when the students had only two semesters on campus,” says Garrett. “We were thinking, ‘Come on, this is just not right.’ The alarm bell went off for everybody.”

Lori Rosenkopf, vice dean and director of the Wharton Undergraduate Division, noticed the trend in action: About five years ago, it was the norm for internship recruiting to happen the semester directly before the internship. Then it moved to the fall semester before, the summer before, and on and on. She also heard directly from students how this increasingly early internship recruiting was taking a toll on them and their academic performance.

“It’s very difficult for a student to decide as a second-semester sophomore what they are going to be doing during their junior year summer, when they haven’t even figured out how they feel about their sophomore year summer experience yet,” Rosenkopf says. “It became a wellness issue for students, trying to plan ahead while feeling unable to communicate their desire to explore different options and learn about what they most prefer because of this early time pressure. They were getting into situations that might lead to regret, and it was creating a lot of stress.”

It was starting to take away from what the college experience is supposed to be about, which is exploration, Garrett says.

“At some point, of course, our students have to think about what they are going to do after college, but we want students to have lots of opportunities to explore and find their passions while they’re here,” says Garrett. “If all you’re thinking about is your GPA and your resume and how you are positioning yourself for internships in September of your sophomore year, it’s just detracting from the whole point of college, which I think is about opening up new horizons. It’s not about the incredible early focus you need to have to get one of these internships.”

Garrett and Rosenkopf also recognized, in conversations with other deans and administrators from numerous universities and colleges, that Penn was not alone in spotting this excessively early recruiting problem. Even though a growing issue, Garrett notes, “It felt beyond our control.”

No one school, including Penn, wanted to put its foot down first, out of concern that early recruiting firms would just move onto the next university, leaving the so-called “stubborn” institution’s students missing out. Nor did career services offices want to tell firms they couldn’t recruit on campus, for fear of the firm, instead, insisting students travel to New York for internship interviews, leading students to miss classes.

“Everybody knew what was going on was not good, but individual responses weren’t going to be able to change things,” says Garrett. “That’s a classic collective action problem.”

In a similar vein, this collective action issue affected firms, too, with no one business wanting to delay recruiting, fearing they’d lose the best candidates to firms that continued early recruiting. In addition, banks were beginning to notice, says Rosenkopf, that the earlier they recruited was not, in fact, helping to bring in better, more diverse job candidates as originally expected.

“We all ended up in a place that was not in anyone’s interest,” says Garrett.

“It required leadership on both sides, the academic and the business sides,” says Garrett. “It just shows that if we collaborate, coordinate, and communicate, we can change the playing field, and in this case changing the playing field in a way that’s going to be not only good for our students but good for the people who employ them as well.”

Rosenkopf notes that, in addition to the Wharton School, these changes will also positively affect a number of students in the College of Arts and Sciences. She says she is hopeful things will continue improving and will keep working hard to make sure appropriate guidelines are played out, “not just at Penn but at partner universities as well.”

“The changes that are happening most recently have been really well-received by employers and students alike,” she says, “so that’s a heartening start.”

This story was adapted from a Penn Today article by Lauren Hertzler.

Position
Dean and Reliance Professor of Management and Private Enterprise

Areas of Expertise
A distinguished international political economist and expert in the political economics of U.S.-China relations, Dean Garrett is a well-respected commentator on global business, economics and politics in major media outlets. 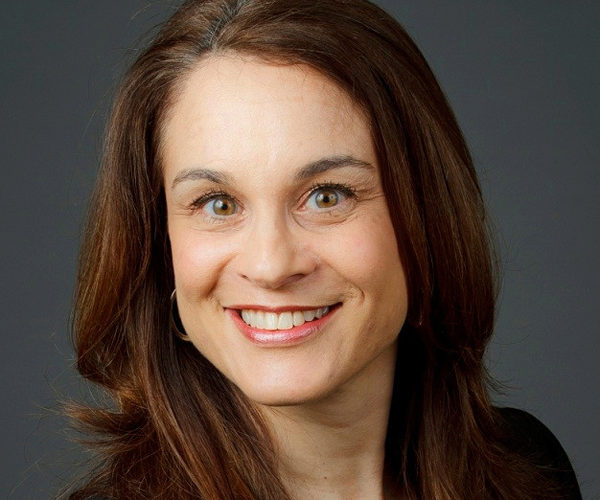 Areas of Expertise
An instructor for undergraduates, MBAs, doctoral and EMBA students, Rosenkopf has received the Hauck Award for distinguished teaching in the undergraduate program and examines technological communities and social networks across several high-tech industries in her research.