Wharton Stories » Woveon: Using AI to Create a Better Conversation with Your Customer

Woveon: Using AI to Create a Better Conversation with Your Customer

Many startups suffer from the same problem: how to track all the conversations they’re having with customers, on different channels, bring them together, and figure out what to do next. Woveon solves this problem, quickly and seamlessly, using artificial intelligence and a novel workflow approach.

So far, the biggest problem Adam Rawot, ENG’17 has as Woveon’s founder is that he’s too young.

His cofounders are both mid-career — one is his boss from a summer job two years ago, the other a computer science Ph.D. with an established career in usability. In the world of B2B, where stability is key and inexperience can be a dealbreaker, Adam often relies on the seniority of his colleagues to navigate the ecosystem. He makes an effort to do a lot of business on the phone, where his youth isn’t immediately apparent.

Going Halfway Around the World to Find the Right Idea

Adam has always wanted to be an entrepreneur. In high school, he ran a digital consultancy, which he left behind when he headed off to college because he knew it wasn’t going to grow. His freshman year, he started another company, but realized quickly that he didn’t yet have the right idea.

Then in summer 2016, in search of adventure, Adam took an internship in Sydney, Australia, consulting for small companies, an experience he calls, “a gold mine of information about startups and how they work.” Time after time, he saw that these startups all suffered from a similar problem: how to track all the conversations they’re having with customers, on different channels, bring them together, and figure out what to do next. Quickly. Seamlessly.

That’s where Adam got the idea for Woveon, which does exactly that. He quit his internship after just a month, and set to work on his own startup, knowing that this time he finally had an idea with traction.

Woveon brings together all of a company’s communication channels into a single view, helping the user prioritize inquiries, link relevant information, and consult colleagues, all in one intuitive dashboard. But Woveon doesn’t just aggregate information–it uses artificial intelligence to create response and resolution plans from that data. Anyone with the company can access Woveon and know what to do.

“The backbone of any AI company is data,” Adam explains. Right now, Woveon is in private beta, working with a small number of companies who believe strongly in Woveon, and have given Adam access to their data in exchange for the ability to tell him exactly what they need. They’re working now to get ready for a launch with the nearly 100 companies already on the waitlist. Most of these are small B2C companies, but Adam hopes to eventually expand to enterprise as well. A public launch will come after all the companies from the waitlist are going strong.

And the more companies they sign up, the data they get, and the better Woveon will work. 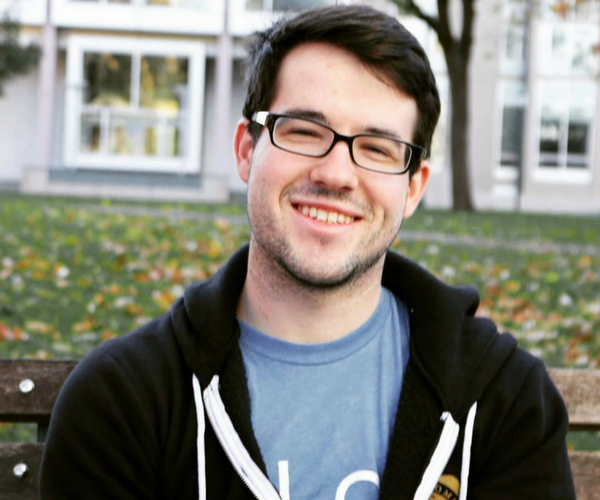 Why are you an entrepreneur?
“I’ve always wanted to make things. I’ve done industrial arts, painting, music, set design, cooking — I’m usually making something. I’m happiest when I’m making things, working on problems that need solving, and seeing people use what I’m working on. More than anything, I want to give a product to a company and have them say, Wow, that solves my problem so well!”